Tehching Hsieh was born on December 31st 1950 in Nan-Chou, Taiwan. Hsieh dropped out from high school in 1967 and took up painting. After finishing his army service (1970-1973), Hsieh had his first solo show at the gallery of the American News Bureau in Taiwan. Shortly after this solo show, Hsieh stopped painting. He made a performance action, Jump, in which he broke both of his ankles. He trained as a seaman, which he then used as a means to enter the United States. In July of 1974, Hsieh finally arrived at a small port near Philadelphia. He was an illegal immigrant in the States for fourteen years until he was granted amnesty in 1988. Starting in the late 1970s, Hsieh made five One Year Performances and a ‘Thirteen Year Plan’, inside and outside his studio in New York City. Using long durations, making art and life simultaneous, Hsieh achieved one of the most radical approaches in contemporary art. The first four One Year Performances made Hsieh a regular name in the art scene in New York; the last two pieces, intentionally retreating from the art world, set a tone of sustained invisibility. Since the millennium, released from the restriction of not showing his works during a thirteen-year period, Hsieh has exhibited his work in North and South America, Asia and Europe. Hsieh lives in Brooklyn and is represented by Sean Kelly Gallery. 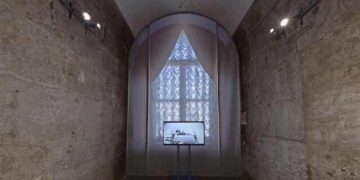