He was a lecturer at the School of Fine Arts of Beijing Film Academy and an instructor of open studios at the School of Architecture from Tsinghua University. His expertise include Environmental Technology, Architectural Media and Narration. He has won the Academic Committee Award of the 2019 Bi-City Biennale of Urbanism\Architecture, the First Prize of FAIRYTALES 2015 International Architecture Competition, and the full ride scholarship for Princeton University Master of Architecture Program. He also won the first prize for the urban planning design and architectural design from China Architecture and Design Institute. He served as the architectural history consultant in the director team of the film “Hidden Man” by Jiang Wen. He also participated in the design for the Float Parade for China’s 70th Anniversary National Day. He is also part of the design team for 2022 Winter Olympic Opening Ceremony.

His works were collected by collected by the Pingshan Art Museum in Shenzhen, the Wind H Art Center, and the X Museum, etc.

In addition, Zigeng is the member of Research Team for the Chinese Architecture Theory and Practice Division among the National Social Science funded Projects and the Principal Investigator for the Research of Contemporary Architecture Exhibition and Architecture Curation, which is the Major Independent Project in Central Academy of Fine Arts. He also has published multiple books in collaboration. His works and articles were published in numerous journals and media outlets from both domestic and abroad.

♛ Wu Jian’an: The huge sand dunes are the bed of the Sea, WU Jian’an 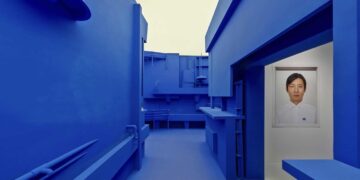