Xu Bing traces his family roots in Wenling of Zhejiang province, China. He was born in Chongqing, China in 1955. In 1977, he entered the printmaking department of the Central Academy of Fine Arts, Beijing (CAFA) where he completed his bachelor’s degree in 1981 and stayed on as an instructor, earning his MFA in 1987. In 1990, on the invitation of the University of Wisconsin-Madison, he moved to the United States. Xu served as the Vice President of CAFA from 2008 to 2014 and he is now the professor of CAFA, advising PhD students. He currently lives and works in Beijing and New York.

Solo exhibitions of his work have been held at Museum of Modern Art, New York, Metropolitan Museum of Art, New York, Arthur M. Sackler Gallery, Washington DC, New Museum of Contemporary Art, New York, and Spencer Museum of Art, Kansas, the United States; The Louvre Museum, France; the British Museum and the Victoria and Albert Museum, the United Kingdom; Queen Sofia National Museum and Joan Miro Foundation, Spain; Museum of Contemporary Art Australia and Art Gallery of New South Wales, Australia; National Gallery of Canada; National Gallery of Prague, Czech Republic, Museum Ludwig, Germany, and National Art Museum of China, amongst other major institutions. Additionally, Xu Bing has been repeatedly invited to show his work at international exhibitions, such as the 45th, 51st and 56th Venice Biennales, the Biennale of Sydney, Johannesburg Biennale, and the São Paulo Biennale amongst others.

Over the years, Xu Bing’s work has appeared in high-school and college textbooks around the world, including Prentice Hall & Abrams’ Art Past, Art Present, Gardner’s Art Through the Ages and Greg Clunas’s Chinese Art, a volume in the Oxford History of Art series, Jane Farver’s Global Conceptualism: Points of Origin 1950s – 1980s (Queens Museum of Art Press) and Art Worlds in Dialogue (Museum Ludwig Press). In 2001, the Smithsonian Institute published The Art of Xu Bing: Words Without Meaning, Meaning Without Words (written by Britta Erickson). In 2006, the Princeton University Press published Persistence／Transformation: Text as Image in the Art of Xu Bing, a multidisciplinary study of Xu Bing’s landmark work ‘Book from the Sky’. In 2009, Bernard Quaritch Ltd. published Tianshu: Passages in the Making of a Book (written by John Cayley and others). In 2011, the University of Virginia Press published Xu Bing: Tobacco Project – Duke / Shanghai / Virginia, 1999 – 2011 (edited by Reiko Tomii, written by John B. Ravenal and others). In 2012, the New York University Press published Xu Bing and Chinese Contemporary Art (edited by Hsingyuan Cao and Roger T. Ames) and Beijing Culture and Arts Press published Xu Bing: the Birth of the Phoenixes (edited by Zhou Zan). From 2012, different versions of ‘Book from the Ground’ were published in the US, Germany, France, Spain, Russia and many other countries and regions. In 2012, The MIT Press published The Book about Xu Bing’s Book from the Ground (edited by Borysevicz Mathieu), and the Chinese version was published by Guangxi Normal University Press. In 2015, exhibition catalogue Taohuayuan: A Lost Village Utopia was published by Xu Bing Studio and Jing and Kai. In 2015, Beijing CITIC Press published My True Words by Xu Bing. In 2017, Xu Bing’s Background Story was published by SDX publishing company.

In 1999, Xu Bing was the recipient of a MacArthur Fellowship ‘in recognition of his capacity to contribute importantly to society, particularly in printmaking and calligraphy.’ In 2003, Xu Bing was awarded the Fukuoka Asian Culture Prize, and in 2004 he won the first Wales International Visual Art Prize, Artes Mundi. In 2006, the Southern Graphics Council awarded Xu Bing their lifetime achievement award in recognition of the fact that his ‘use of text, language and books has impacted the dialogue of the print and art worlds in significant ways.’ In 2008, Professor Robert Harrist, Chair of Chinese Art at Columbia University, the United States, began teaching a graduate seminar entitled ‘The Art of Xu Bing’. Xu was awarded Doctor of Humane Letters by Columbia University in 2010. In 2015, he was awarded the 2014 Department of State-Medal of Arts for his efforts to promote cultural understanding through his artworks, and was appointed A. D. White Professors-at-large by Cornell University in April 2015. Film Dragonfly Eyes directed by Xu Bing was nominated in the main competition of Locarno International Film Festival and awarded first prize of FIPRESCI Prizes in 2017. 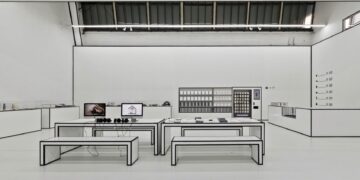 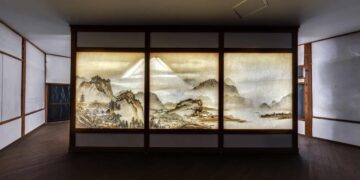 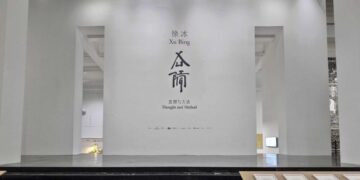 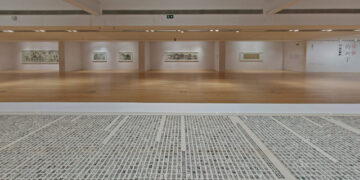