Zhang Peili (b. 1957, Hangzhou), currently works and lives in Hangzhou. He is an artist and professor at the China Academy of Art in Hangzhou. He graduated from the Oil Painting Department at the Zhejiang Academy of Fine Arts (now the China Academy of Art) in 1984. The following year, he helped organise the exhibition ‘New Space’ in which his oil paintings, including Midsummer Swimmers, Please Enjoy Some Jazz and Interval, were shown. He also created 30 × 30, a video work now generally recognised as the first video art piece in the history of Chinese contemporary art. In the early 2000s, He founded the New Media Department at the China Academy of Art, the first of its kind in China’s art academy system. His work has been shown in numerous international exhibitions, like the Museum of Modern Art, New York Centre National des Arts Plastiques, France Centre Georges Pompidou, Paris.

In 2018, His works have been presented in countless group exhibition at public and private institutions including, “Art in Motion: 100 Masterpieces with and through Media”, ZKM, Karlsruhe (2018); “The Flickering Uncertain: Jim Campell – Zhang Peili”, CAC, Shanghai (2018); “This is Shanghai: Chinese Contemporary Art”, Cunard Building, Liverpool, UK (2018), etc. 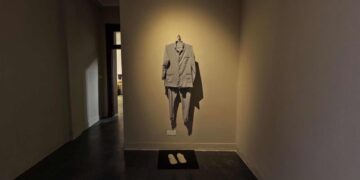 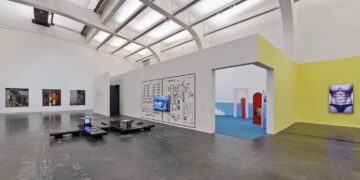 ♛ Meditations in an Emergency, V.A. 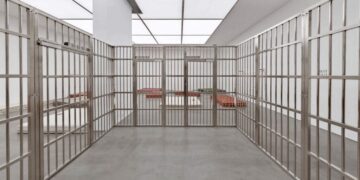