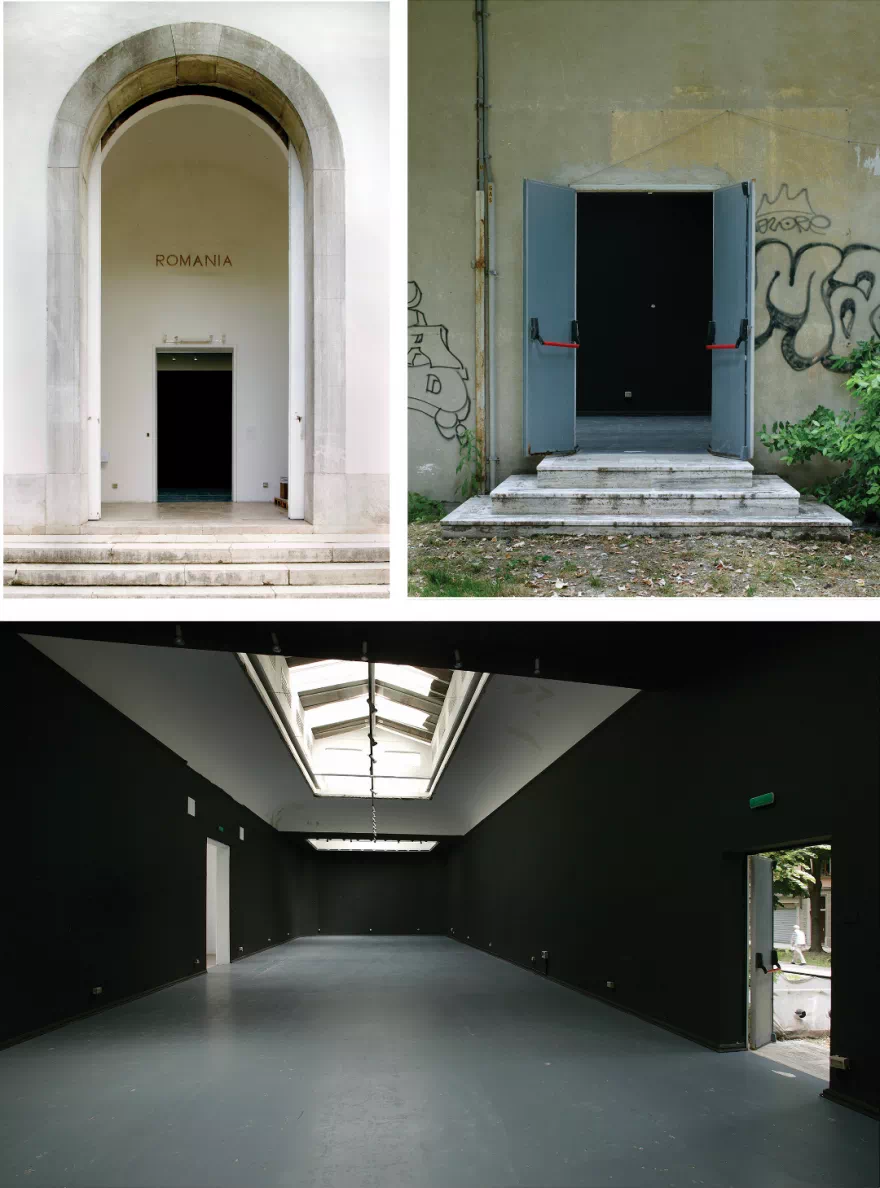 From ready-made to dissipation of aura, was the theorist Walter Benjamin during the WWI and WWII under the influence of artist Marcel Duchamp and Zürich Dadaism? Both living a drifting life, two artists and intellectuals had very special representations and interpretations of modernity and its induced changes. Marcel Duchamp’s Fountain and Walter Benjamin’s The Work of Art in the Age of Mechanical Reproduction could both be taken as important turning points for conceptual and technical art to universal aesthetic experience in society. Following Fountain and Dadaism are thoughts and practices of conceptual art, concept of ready-made, installation art, minimalism and Arte Povera. In the days after The Work of Art in the Age of Mechanical Reproduction, photography as a form of art set the foundation for the rising new media art and made those engaged in art work reflect on authenticity and narration in graphics and the existence of aesthetic forms.

Being non-graphic and tilting towards materials, Duchamp’s art explored the beauty of ready-made and cumulative patchworks. Art is no longer an aesthetic concept of graphic narration, color and composition. This freed art from intrinsic clues and made it merely a material existence, or a means to reflect upon the present, providing visual experience to support the pondering over what is contemporary. It could also been regarded as a close connection as in Live in Your Head – When Attitudes Become Form, a show curated by Harald Szeeman in 1969.

The technology issue in visual experience as supported by Benjamin, and the tension from artistic originality and replicability when technology intervenes pioneered Marshall Mcluhan’s Media is the Message. To understand art, technology, aesthetics and social changes after 1900, it is necessary to return to tensions between specific artists and materials, concepts and technological innovation, social transformation and individual experience. What is art today? What are their sources? When appreciating art, a follow-up question is necessary: is this ready-made, or product of mechanic replication. Next, art could be sought after in medium, or the transient moment of aura, just as proposed by Benjamin.

According to Wikipedia definition (Chinese version), in conceptual art the idea or concept is the most important aspect of the work while tangible representation is not as important. A famous inference made by artist Sol LeWitt says that:

The idea becomes a machine that makes the art.

This symbolizes the depreciation of handcraft in heydays of industrialization and beckons the dawning of an era when information is a means of production.

The notion of relational aesthetics explores the artistic foundation among human beings and its ubiquitous extension that coves everything, which becomes clues to creation of “Human and Nonhuman” as later summarized by Pierre Huyghe.

Intellection emancipated human beings from labor. In an IT era, art is moving from a concrete creation to spiritual existence. Another storyline as a matter of fact is indeed governed by materialized reality. Anything that could become materialized media for transaction and communication is dominated by concepts just as Sol LeWitt and Lawrence Weiner’s wordplay, or traded manuscripts and texts, and any medium with traces, either in an art gallery or on building facades. Isn’t it counterevidence to values of materials and handicrafts prevailing concepts? Concepts find nowhere to exist for their uncertainty or their changing with the times and semantics when people are reading and trying to understand graphics with inertia.

Is relational aesthetics a continuation of conceptual art? Temporally maybe. The art of intertextuality might be even closer with relational aesthetics as they are relatively uniform in movement and interaction, paradigm of transformation, or work presentation which is the directional end. A group of later artists represented by Pierre Huyghe are more inclined to the concept of transient art, thus breaking intrinsic temporal barriers for conceptual art, art of intertextuality or art of the past. From the perspective of Live in Your Head – When Attitudes Become Form, characteristics of material transformation, performance, interactivity, new medialization in temporally-consequential material results are all attributed to a tendency that has not been defined yet in spite of its prevalence in more artistic creations.

This is a paradox of this epoch. When we are still talking about consciousness and extension unified by the conventional aesthetic system of paintings, sculptures and video recordings, we can’t afford to ignore the consequence of conceptual and technical intervention in light of modernity. New artistic tastes composed of mechanical, high-tech and fluorescent super materials are indeed being increasingly accepted by emerging art markets and artistic institution. This is credited to the governance of an emerging IT revolution when technological iteration is on the heels of industrial revolution. All that is possibly connected, from handicraft to mindset, could be part of deep learning and intelligence for the future, whereas the interchange of material in creation keeps its due circulation models and patterns as from barter trade to money transaction.

The paradox for conceptual art and relational aesthetics naturally points to the rupture between material and non-material in visual experience or knowledge accumulation due to the agnostic nature of intellection. Iteration of wide social topics in a contemporary context is naturally incorporated and restructured.

What should we think about the mobility of existential time, the environment and culture?

What are people referring to when talking about nostalgia? Virtual economies that are moving super fast and super real, or land and houses for subsistence? What is a better future and present? Nostalgia is human nature and a newly-discovered element in collective unconsciousness. Mobility of the world, knowledge and people leads to abandoning the possibility of making interventions in and having discussions of the present, and to a shortage of responsibilities for the future. Accepting present is a must-do for the sake of survival. Modernity is not static and life itself resides only in passing moments. How should people intervene into the formation of today’s world?

As Duchamp and Benjamin were both fugitives of their times, is there any connection between mobility and knowledge production? How to pierce through objects to grasp its essence? When flowers are not flowers and fog is not fog, every existence has to transform itself. A home belonging to the past and a past never called back provide better understanding of knowledge expanded by mobility. How to understand survival under the impact of modernity and the dilemma of human existence in modern productive relations still wait to be answered. As predicted by Kevin Kelly in The Inevitable that it is not competitions between human beings that push high unemployment because labor forces and the identity of laborer are being replaced and stolen by machines. The rivalry between human and machine or AI is gradually influencing how groups in society are structured. Mobility spreads diseases and environmental pollution, and blends cultures together. Is this an omen to the end of the previous social model?

Where did people come from and where are they going? What is not the hometown might be a hometown. Warmth might be felt more easily in a present world.

The sum of all recognizable human behaviors, materials and non-materials might be the concept mentioned by Daniel in his narrative of materialization. It is not restricted to the conversion of thinking and concept by material but about accumulation which is both unstable and uncertain. He intentionally separates this form of art from sculptures, paintings or installations. Rather than defining his creations and works within Dadaism, conceptual art, art of intertextuality or relational aesthetics, he thinks more about constantly-changing forms in integrated temporal clues and issues in super-fast society, as well as potential consequences of openness.

Powder created in 1994 implies characteristics of relational aesthetics. Performing elements are involved such as exhibits (cocaine) confiscated by the police station and policemen on duty; patterns in powder, primitive impulses and protection with bullet-proof glass; real scene and secondary media coverage. His habits are similar to streaming media today as their focuses and works are constantly adapting and transforming themselves. With spectators and researchers feeling perplexed like engulfed by heavy fog, it is hard to have a focus when carriers of the work keep changing themselves. Originality of the work concept is also shifting, ceaselessly generating different intersections on a timeline. The only thing that could be traced reversely is time. Between the past and future, there are dots of condensation that form consistency in movement studied in photography or configurations of passes in games. Besides, if overlapped media are peeled away, there are factors of graphics in design media, confiscate spoils, reaction of real spectators, and social service providers in police station and exhibition room.

Photo courtesy of the artist

European Influenza by Daniel was in Romanian Pavilion at the Venice Biennale in 2005 with a huge empty space created. Together with texts collected by exhibitors that could never be finished, everything points to history and present. A backdoor was left open for visitors to run away. Since the exhibition hall is directly connected to a garden through the backdoor, such an open structure responds to the existential paradox of National Pavilion and the smartness of lucky artists and artistic institution. What will spectators and researchers see here? What are their feelings? Will they run away through the backdoor? The artist creating detachment in addition when this Biennale has already become a globalized epitome of neo-liberalism left spectators in extreme emptiness.

There might be spectators who read texts prepared by exhibitors to understand more about modern history of Europe; perhaps some are blessed with sudden enlightenment in emptiness; or this Pavilion is merely nothing more than a passable corridor; or these are possibly all consequences of Daniel’s design. Has an artist reversed your opinions on art? Inside the co-existence of creation and dissipation, passages and passengers are only for entering or exiting. One might dwell upon an individual and a country, one nation and many of them, or a beholding seen by spectators without visual experience of an exhibition. Perhaps visitors from a certain artistic field call it conceptual art, or have different feelings inside or outside the Pavilion. They move from multiple exhibitions to a natural garden, to see plants or oceans.

Daniel’s Expiration Movement was located on top of the Fridericianum in 2017 Documenta Kassel, with white smoke bellowing out to connect with clouds. Events triggered by individuals, smoke performances, public reactions and variable forms of the work all lead to the meet with contingency. Later when Daniel presented his work, he referred to a huge number of online pictures in which the form of his work together with composition, color and narration endowed by communication made its message eternal with the help of communication effect of the Internet. Placing the picture inside a gallery hall for exhibition is reproduction or archaeology by new media, sparking further reflection upon existence and emptiness, existence and time, existence and media.

What have artists created? What are artists adapting to or facing as challenges in mobile concepts and media overlapping?